To make a Creole or Cajun gumbo, you first have to make a roux. I like to use my well seasoned cast-iron stew pot to make gumbo. I also like to use a little less oil to flour ratio than most gumbos call for. Let your roux come to the color of an old penny before adding the "trinity".

I also added my recipe for Cajun Seasoning. Cajun seasoning does not contain dried oregano and basil. Traditionally Cajun food does not contain tomatoes. This recipe is for the more city-style version. 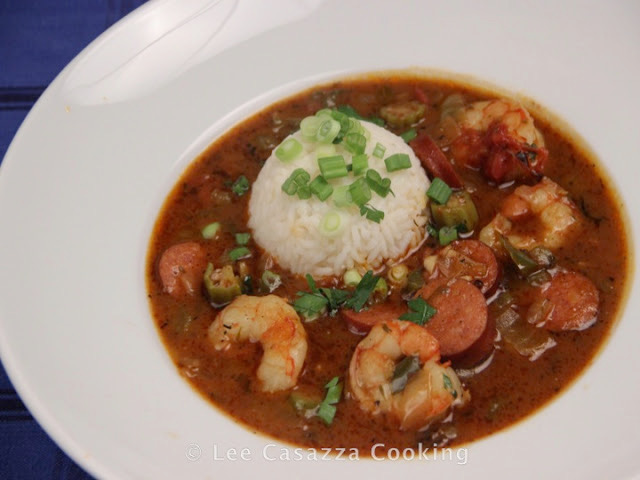